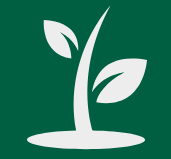 Millions of hectares of pastures grow at well below maximum potential across the state (indeed nation) and commonly they adjoin crops almost universally grown at a high standard. Often these differences are on the same property. In other words, pastures are frequently the second cousin to crops.

These were the views widely expressed by participants and speakers at a recent field day held on our property. INCITEC Pivot Technical agronomist Jim Laycock, a leading authority on science-based soil nutrition, stressed the importance of soil testing as a starting point for pastures to perform to their potential.

Most croppers monitor soil fertility and correct deficiencies like phosphorus and nitrogen. Plenty of research notes correcting soil deficiencies in cropping is a good investment returning three to five dollars for every one invested in fertiliser. In addition declining soil fertility is arrested and soil quality, physically and chemically, commonly also improves.

Soil tests generally help sort out soil deficiencies and appropriate fertilizer needs
No fertilizer on front plots, but the big response to sulfur correction on the back plot.

Not addressing soil deficiencies in pastures is just as critical to maximising profitability as well as to build soil quality such as organic matter and soil health. But all too often this vital consideration is neglected to the pastures detriment.

Steve outlined many useful aspects of analysis in a soil test, from nationally accredited laboratories, provided samples are appropriately collected and submitted. For example, the pH and texture of top and subsoil are valuable for legume choice in native tropical or temperate perennial pastures. Most medics prefer high pH, species like serradella suit neutral to acid soils. Soil pH is also important for lime programs.

Especially critical are sulphur and phosphorus, the most common deficiency in pasture legumes. If legumes have low supplies of these they not only grow poorly but equally importantly don’t build soil nitrogen for the grass pasture component.

Over the last 30 years NSW Department of Primary Industries and other research groups such as CSIRO and universities have conducted well over 100 pasture fertiliser trials, including testing all sorts of products from conventional fertilisers to the most obscure. Currently a few trials are still running assessing an array of marketed fertiliser or fertiliser substitute products.

Results universally relate to the amount of available nutrient in the product to address a known deficiency such as phosphorus and sulphur. The facts are that in most instances it is hard to beat products like single superphosphate where sulphur and phosphorus are deficient, both from a cost and effectiveness view point.

Superphosphate while commonly claimed to the contrary has never been shown to be long term detrimental to the soil. Research generally supports that its effect on increased biomass when combined with sound management is positive to soil quality.

Correcting soil deficiencies in pastures can be highly economical if combined with careful selection and establishment of appropriate pastures and sound grazing management of them.